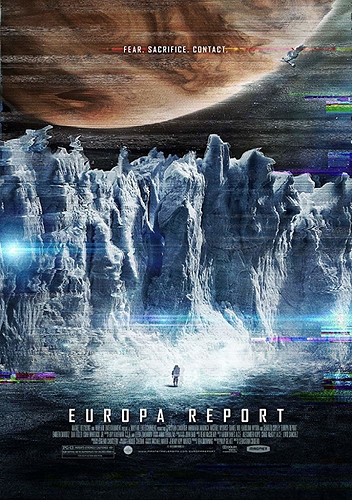 Europa Report.jpg704×1000 197 KB
Available on: Rental on All Major Streaming Platforms. Free on Hulu with subscription

Click here to Jump to the Final Poll and view the Contestants and Results.

Anyone who wants to continue the discussion of Tokyo Story should feel free to do so. Here is a link to that thread.

We’ll accrue nominations in the thread below through 03 November and then roll right into the first round of voting starting on 04 November.

As the Holidays are coming up, we need to figure out how we’ll do movie club in December. Some people may be too busy to participate fully in December. Please answer the below poll to weigh in on how Movie Club should handle the Holiday Season. Bear in Mind, it is the First “Dealer’s Choice” selection by a Stooge, so voting will likely be shorter.

For The Holidays, Movie Club Should:

About Quarter To Three Movie Club

After some recent film discussions in various threads @ChristienMurawski and I started discussing what happened to Qt3 Movie Club and slowly decided that iwe really wanted to restart it and bring it back. We thought that if it was done as a fun game designed to maximize discussion and participation in Movie Club, it would keep everyone’s interest.

Here’s how it will work. Once a month, we’ll issue a call for nominations for a film. After a period of time, we’ll hold a vote via poll. Whatever film wins will be watched by a certain date. And then…well, we’ll review/comment/give impressions and discuss.

We’'re currently running with with 10 days for nominations/voting, 10 days to watch the film and 10 days of discussion. But its new, so we’ll be flexible. Semper Gumby!

One thing we wanted was a dedicated cadre of useful idiots who would always provide reviews/comment/give impressions - The Four Stooges (because Three ain’t enough). So, we asked @Rock8man and @marquac to join us (I claim dibs on being the “Shemp” of the group). This would ensure maximum participation in all phases of Movie Club; even if you can’t find the time to write something up, you can still participate in the process, nominate and vote and later discuss, knowing that Four Stooges will dance to the tune of the Vox Populi. But we want as many members as possible to review/comment/give impressions on each film.

There may be more in the future, but there are already a few rules for Movie Club (I am a Board Wargamer, so I likes me some rules).

Rule 001 – Each film may only be used as a final selection once in Movie Club.
Rule 002 – Any film used in Movie club must have been released for two years (this prevents Movie Club overlapping unnecessarily with the Qt3 Movie Podcast).
Rule 003 – Every third film will be chosen by the Four Stooges, rotated amongst them. This is kind of a “Dealer’s Choice” reward for being a Movie Club “Stooge”.
Rule 004 – Any Qt3 member may nominate a film or vote for a film to be used (Including Stooges).
Rule 005 - “Campaigning” for a film to be voted for in the polling is absolutely encouraged, but only in general terms about films while voting. It can lead to spoiler-land quickly. If campaigning for or against a film, feel free to discuss the pros and cons of the director, your preferences regarding actors, genre, etc. All of that is fair game. But no story or plot details. So discussing around a film is fine. About a film story/structure while voting? Off-limits.
Rule 006 - As discussion of a film means that it will be spoiled out of necessity, all films will have a due date to be watched. After that point, open “Spolier” discussion of that film will occur. Participants, you have been warned.
Rule 007 - If a film is not readily available for viewing (difficult to procure/access, as determined by the Stooges) and it wins the poll, the runner up will perform all official duties of the Poll winner, who shall be disqualified.

I’ll also ask any and all Qt3ers to step up and start making nominations for the Film 002 of Quarter to Three Movie Club! Just make your nominations in the thread! After 3 days , we’ll stop the nominations and a poll will be provided for Round 1 Voting.

Kicking off the nominations, I go with the oft-imitated, never-equaled British Gangster/Action Classic directed by Mike Hodges:

Get Carter was a good film. I am sad I missed the October thread, got lost in the deluge of other stuff I was doing.

I watched a couple of nominated films from last month.

I feel like re-nominating Emperor of the North, but I’ll move on to a Halloween-inspired film, an old-fashioned ghost story, The Lady in White.

I think this may only be available through Vudu but it’s only $2.99.

I feel like re-nominating Emperor of the North, but I’ll move on to a Halloween-inspired film,

Remember, we’ll be watching it from 10-20 NOV. More like Thanksgiving time. :)

I vote for Europa Report.

You all should realize we have some real scientists and maybe some lurker scientists here.

Well it won’t be like the one I create. Plus we just discussed a probe into the moon Europa and life I the solar system. And an ice crust a mile deep.

And I edit my post to point out I meant a “hard science” thread – not a sci fi thread. I think we have enough scientists here to discuss some interesting real science,

I meant a “hard science” thread – not a sci fi thread. I think we have enough scientists here to discuss some interesting real science,

I think you should go for it. Probably in “Everything Else”.

That is precisely where I was looking PM thank you! 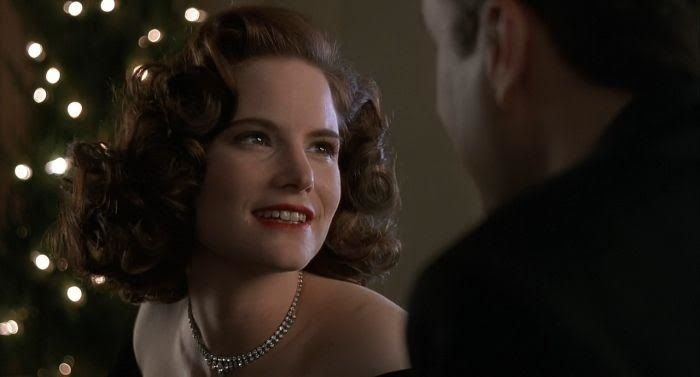 I find it difficult now to choose between this and The Big Lebowski as the Coens’ most fully realized film, but I really love this one.

Fight on, fight on dear old Muncie
Fight on, hoist the gold and blue
You’ll be tattered, torn and hurtin’
Once the Munce is done with you
Goooooo Eagles!

Seriously, I had to do a lot of thinking this month. Speaking of the Coens, Miller’s Crossing and No Country for Old Men were both on my short list. When I used The Getaway in the 20:20, it solidified my choice of Get Carter.

I’m loving these nominations so far. I’ve always wanted to see the original Get Carter ever since I saw the Sylvester Stallone version from the 2000s. And I always wanted to see Europa Report, but never got around to it. Plus I’m always up for a Coen Brothers movie, even when they make me feel absolutely horrible, like Fargo or Burn after Reading. Ok, I take that back, I draw the line at Fargo. Burn After Reading just crossed the line and made me feel too bad. I’m not up for a movie like that. Lady in White I’ve never heard of, so that could be cool.

:) Well, we can agree to disagree–not that I don’t love No Country, I love all things Coen–but I thought the ending was a bit unsatisfying. Miller’s Crossing, btw, would be fantastic for the movie club. “There’s nothing more silly than a man chasing after 'is own hat.”

I’m always up for a Coen Brothers movie, even when they make me feel absolutely horrible, like Fargo or Burn after Reading.

The Hudsucker Proxy is the opposite of a feel-horrible movie. It’s a very broad–almost British–period comedy with surreal elements, art deco galore, a rube with ideas and a hard-bitten dame with a heart of gold. And the Rajah of Romance, the Ministereo of Moonlight, the incredible and unforgettable Mr. Vic Tenetta: Well, we can agree to disagree–not that I don’t love No Country, I love all things Coen–but I thought the ending was a bit unsatisfying. Miller’s Crossing , btw, would be fantastic for the movie club. “There’s nothing more silly than a man chasing after 'is own hat.”

Yeah it would. We may break bread over that in the future. Honestly, Lebowski is up there for me with the other two. I was just joshing, but I would have done the “typo” strike-through joke with Hudsucker, if the comedic moment had presented itself.

The Hudsucker Proxy is the opposite of a feel-horrible movie. It’s a very broad–almost British–period comedy with surreal elements, art deco galore, a rube with ideas and a hard-bitten dame with a heart of gold.

Yeah, I think we’ll amicably part ways on the voting here. It is my least favorite of all their efforts. Not that I wouldn’t mind re-viewing it (it ain’t Hudson Hawk…). I think I am not a fan of broad, whimsy from the 50s as they interpret it (it is kinda Capra meets Ealing Studios now that i think about it) nor the casting (me no likey Tim Robbins, and I think Newman loses a step or three post-The Color of Money).