Automobilista 2 just popped out of Early Access with the 1.0 release last night.

The hype video is nice… 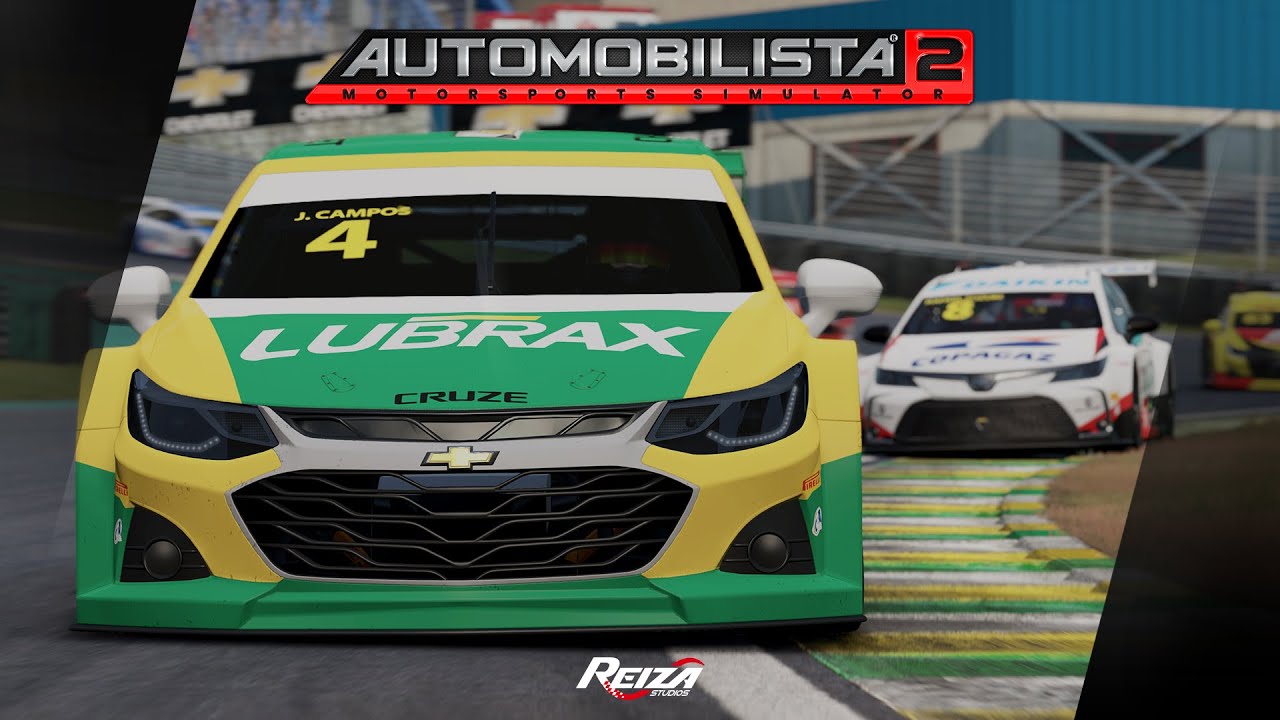 LOL I’ve yet to roll a car. I feel like I’m missing out. 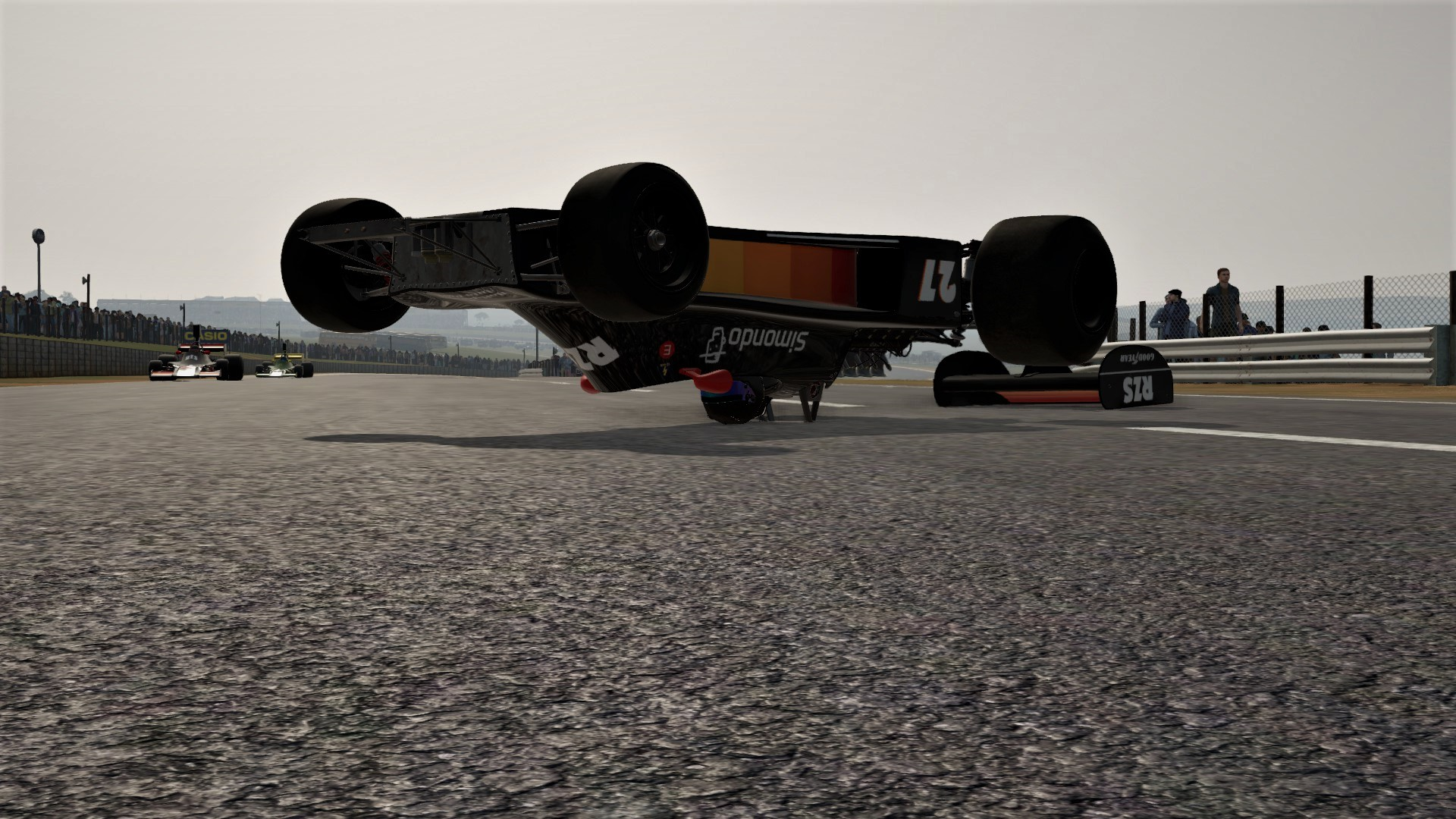 Apparently it doesn’t matter the game, I will find a way to do this.

Whoever made a kart track out of Atlanta Motorsport Park is an evil genius.

As expected I’ve been super busy and will be again this weekend so I haven’t played anything. F1 2020 looks like a must buy for me with the My Team mode they added.

It might not be the most hardcore sim, but it’s a fun package and it seems that people really think they improved the handling a lot from last year. The practice sessions that they do for races is a fantastic way to learn a course too which is nice.

Aside from the My Team they added a full F2 season and 2 new tracks. I may try and wait for a sale, but I’m not known for self control.

Our league races again this weekend at the Moscow Raceway sprint layout - it’s not quite as bonkers as Knutstorp with its weird elevations, but boy do the Russians like a double-apex. Also, the final part of the lap is a hairpin that punishes you severely for overshooting, followed by the longest straight on the track. A combination that really shows off my 185lbs of ballast.

20 cars barreling into these corners taking different lines because of the different ways to handle double-apexes is going to be entertaining. In the Russell Crowe Gladiator sense of the word.

I looked at that track the other day and thought NOPE when I saw the layout of that track. That’s not something I would want to start out on. :)

The race after that we return to some degree of sanity as we’ll be at Laguna Seca. So… just the Corkscrew to deal with.

I’ve driven that track a ton so that doesn’t worry me. The corkscrew isn’t that hard once you get the brake timing down. I just have a hard time putting down good lap times. The faster I try to drive on that track the slower I get. I haven’t tried the raceroom version.

I’d like to do that this weekend, but I’m cleaning my house out and we need to get the dumpster gone by next Friday.

Been practicing on Seca and I’m getting it down pretty well. I keep on locking up on the corkscrew, but after watching some videos it’s because I’m just jamming on the brakes. Trail breaking isn’t something I’m great at so I’ll have to work on it. I’m pretty sure I would be confident enough to try racing that track by the time it comes up.

I’m assuming you are running the same cars?

Then in the off-season we test a bunch of different car classes and then vote for next year’s car.

Our season three was in open wheel cars and some guys still have PTSD from that year so I think the early favourites for next season is the GT4 class.

Worth noting that Laguna Seca is our second and final endurance event of the season. Instead of a 25 minute feature race and then 15 minute reverse grid race, it’ll be just one, one-hour race.

This season we run 1x tyre wear but 2x fuel. We require a compulsory pitstop in all races and you must changes at least two tyres for the pitstop to count, but with an hour of racing you’ll probably need fuel also.

That’s okay, so does Ferrari.

Well, we ran our Moscow event and I still have the championship lead… by one point. This means another 10kilos of ballast, so I’ll be hauling a bit over 207lbs of extra weight around Laguna whenever that race happens.

The worst part of ballast is coming out of slow corners onto long straights, so the run from turn 11 all the way to the Andretti Hairpin is going to be soul crushing.

It was pretty much 40 solid minutes of nose-to-tail racing for me tonight, which means I should be able to get to sleep at about 4am.

A real gaggle launching through turn two on lap one. 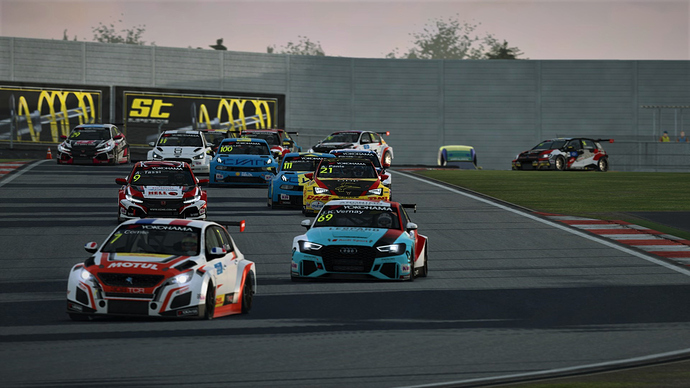 It looks like our Laguna race will be sometime around the end of August - the 23rd and 30th both currently have the most votes.

As a result, the Laguna leaderboard should start to fill up with Racing Dork times over the next couple weeks. Ignore anything that isn’t the TCR 18 or 19.

For reference, Teddy and Diego are front runners in the league (and Zac can be any time he has time to practice), so if you’re around their times you’ll be threatening the podium. Sam has a win last season and a podium this year and routinely finishes fourth-to-sixth. His time will get faster than where it is now.

Race laps will be much slower - we’ll be fat with fuel, the faster drivers will be hauling ballast around, the tyres will be degrading and there will be traffic… so average lap time drop off between the leaderboard and the race is usually over a second - more on a long track like Laguna.

If you want to join in, then PM me an email address and I’ll send an invite for the league’s Slack.

So, over at the Dwarf Fortress forums, someone’s running an Automation Let’s Play. (You may remember Automation from its engine designer, or possibly from its more recent campaign modes and its Starsector-like pace of development, but either way, it’s a tycoon game about building cars and a car company around them.)

Sometime between the last time I opened Automation several years ago and today, they added a BeamNG.drive exporter, and BeamNG added the Automation test track. When you finish designing a car, Automation gives you a simple top-down view of the test track, some telemetry from the car, and a time. Obviously, there was only one thing to do.

The 1960 Baron sedan features a tremendously large 142hp V8, two tons of steel, and a suspension designed with a decided preference for comfort over cornering. Oh, and because the rear brakes can easily overwhelm the rear tires’ grip, the rears lock if you brake too hard, at which point the rears become the fronts. 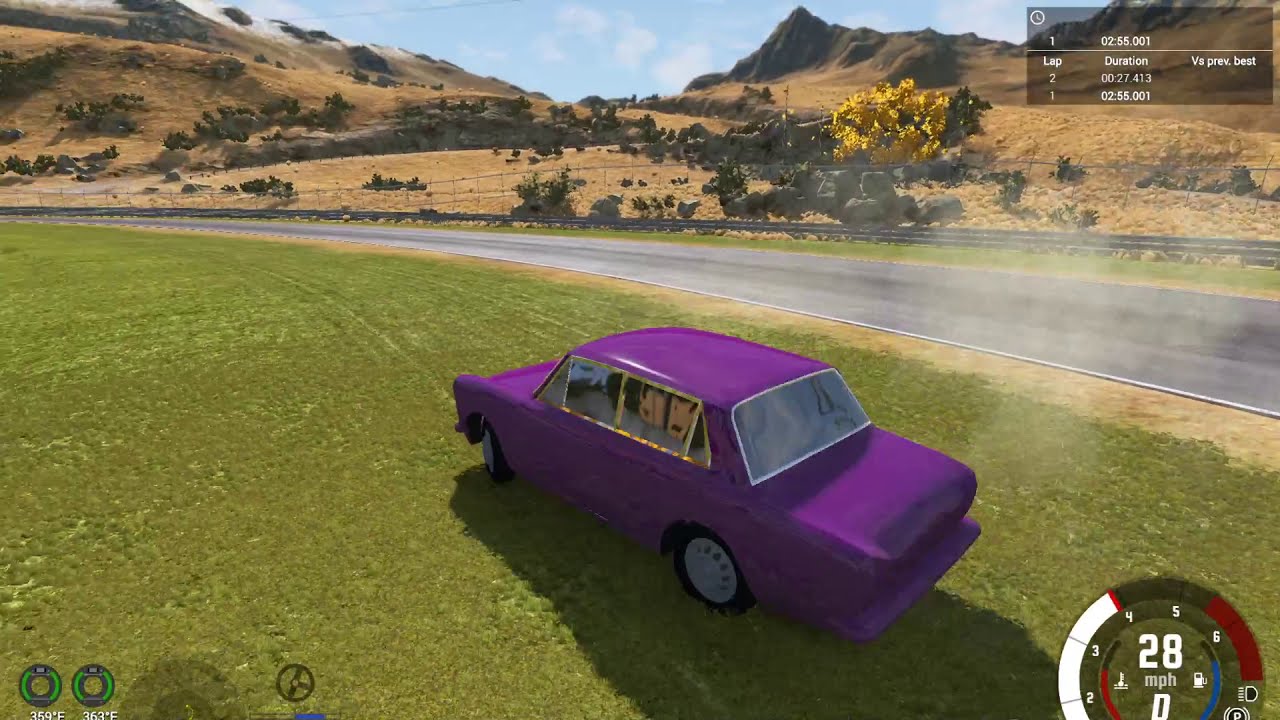