Dan Harmon was pulling the majority of weight. Looking forward to how they recast and explain.

Guessing they will reference Dr. Who and say that this is something completely different to how that show works. Probably something 100% more clever than that though, because Dan Harmon.

I can imagine that a lot of people won’t make the connection and there will be quite a bit of lost viewers. But sure I’ll stick around.

For them to do it like this. Does that mean there’s an extremely good chance he’s actually guilty?

I’m here for the humor and imaginative writing. The voice can be different and I won’t care. Hell, they can go meta about it in an episode. Knowing them, it will happen.

I wonder how much weight Justin had in the day to day writing, R&M has its ‘writing room’ with several writers who really aren’t Justin or Harmon.

They’re never going to be able to get someone to voice those two characters who sounds quite right. 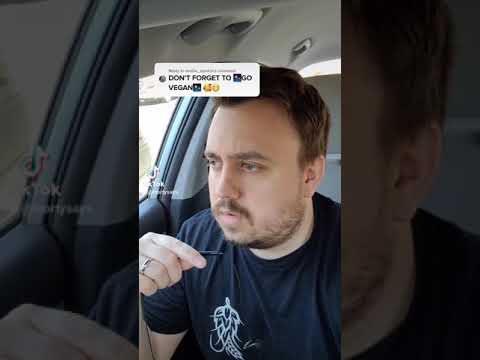 For them to do it like this. Does that mean there’s an extremely good chance he’s actually guilty?

PR reactions have everything to do with public perception and absolutely nothing to do with the reality of the case. The folks at Adult Swim don’t know anything more than we do (clear from the fact that no action was taken when he was originally charged years ago), but since the story broke it’s now bad optics to be anywhere near Roiland.

I mean, while I enjoyed Roiland’s unique performance in the show… the outcome might be that we get a better performance out of someone else. That is always a possibility.

We don’t know if he’s guilty or not, that will come if it goes to trial. But it’ll probably be a settlement of some kind.

Roiland’s performances are certainly unique and iconic, but I never thought they were particularly good. Morty whines, Rick is always sarcastic and belching. His writing is a completely different matter of course.

OK, I’ll admit that guy’s Rick voice is pretty solid, the Morty one a bit less so. Is he a professional voice actor? It’s one thing to toss off a few well rehearsed lines, it’s another to keep it up for the sessions required to record 10 episodes per season.

Based on just random encounters on the internet, there are a shitload of people that can do both voices extremely well.

Roiland’s performances are certainly unique and iconic, but I never thought they were particularly good. Morty whines, Rick is always sarcastic and belching.

Also this if I’m honest.

I think other people will be able to nail the voices fine, but I think there’s a lot of improvising that goes on, and I wonder how that’d carry over with someone else performing.

I think other people will be able to nail the voices fine, but I think there’s a lot of improvising that goes on, and I wonder how that’d carry over with someone else performing.

This, so much this.

For different reasons, obviously, but this is going to end up like The X Files after Duchovny and then Anderson left.

I hope they don’t try another Interdimensional Cable episode. Aside from the little interstitial bits, those are entirely improvised.

It will be different, of course, but not necessarily worse.

The appeal of the show has always been the writing for me. Losing Roiland there does concern me. Hopefully he’s innocent.

I wouldn’t miss any of their improv at all. Good improv, you can’t tell it’s improv. Roiland improv, they leave in every “uh…” and awkward pause to the point that it seems the fact that he’s improv’ing IS the joke. Which is the sort of self-indulgent meta bullshit that’s always been my least favorite aspect of Rick and Morty.

I thought the first interdimensional cable thing was funny, each iteration has been less good, as the novelty has worn off.

I actually thought the best one was the one where Rick had erased memories. That is the only one of the improvised short story episodes I can recall actually really liking.

Same here. That’s the only one of the improvised ones I really enjoyed.