Oh yeah, in hindsight it makes sense now - like I said, when I read it the first time it hit me at the wrong angle and my brain didn’t process it right. I blame COVID, but also no one in my real life has ever used the phrase “Mate” out side of a TV show or movie to me, lol.

The dangers of cultural intersection :)

lol, you are actually 100% correct - poms is short for pomegranates which is rhyming slang for immigrants- i.e what Australians and New Zealanders call the English (not the Scots or Welsh) who immigrated in large numbers to the colonies.

Kiwis are flightless birds in New Zealand. Don’t know why that name took off, but everyone calls New Zealanders kiwis.

I am going to do Khorne first, then Tzeentch. Not sure what will be next. Chaos united, or perhaps Nurgle if I hear good things. Unless vassals are much better, I think Ill be skipping Slaanesh.

I think the major problem with vassals/allies are that you are limited to only having 4 “allied” units in an army (in TW3 Realms of Chaos. I don’t know if that got changed for Immortal Empires). While you can request an entire army from your allies, that can be a bit hit or miss since you are dependent on what the vassal/ally has at that moment (if I recall, you can only get an army if its not their “main” army i.e. led by the faction leader).

They can still keep the 4 unit limit, but maybe per ally instead of in total. That way you could have a whole “foreign legion” type army made up of all your allies/vassals, letting Slaanesh have some awesome armies out there.

Am I remembering correctly that if I’m not going to play any of the Champions of Chaos legendary lords, there’s no point in getting the DLC (i.e., they will still show up as my opponents and my opponents will still receive any units from the DLC, I just won’t get to use any of them myself)?

I believe that is correct, which makes me a little torn about getting them.

@totalwar
Update 2.0 and the Immortal Empires Beta arrives this Tuesday, August 23rd! Our scouts have put together a useful map to help you plan for its arrival! 📍 bit.ly/3QDXbmi https://t.co/kW3jlZVNJp 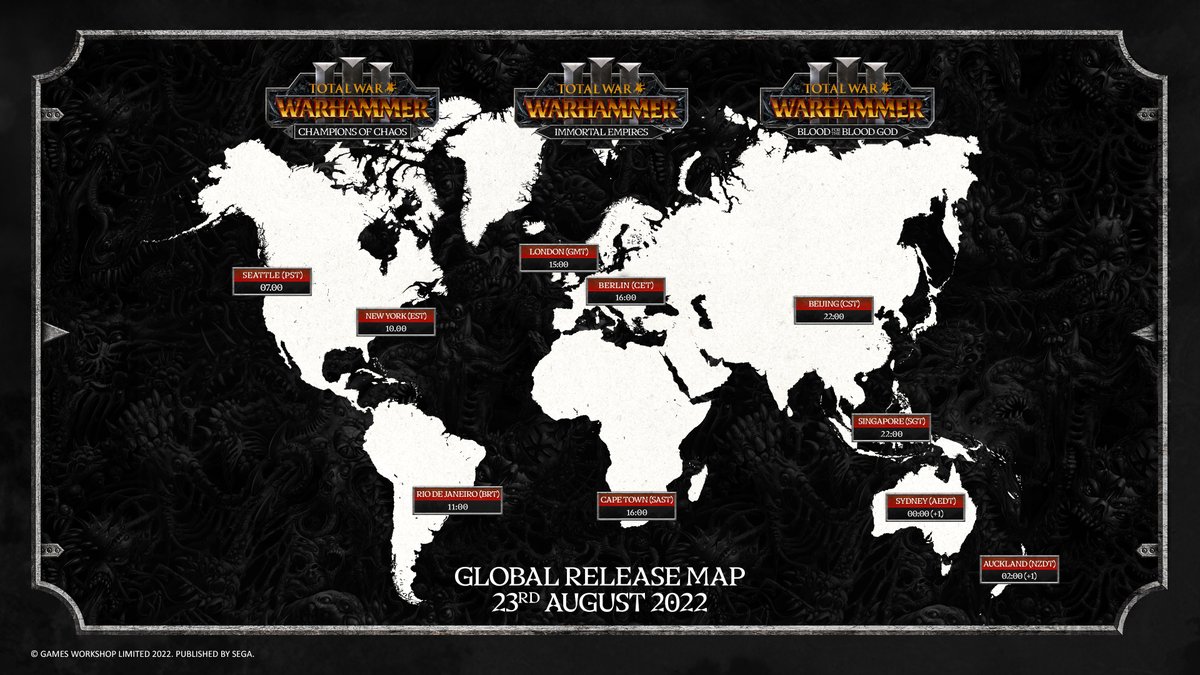 Soooooo. How much of the a mess do you think the IE will be on launch day LOL.

Streamers are basically unrestricted now in showing off IE aren’t they? Ive watched a few and I haven’t seen anyone complaining about bugs.

I only saw one bug in hours if footage so far - and the big multiplayer stream (8 players for like an 8 hour session) seemed to work incredibly well. 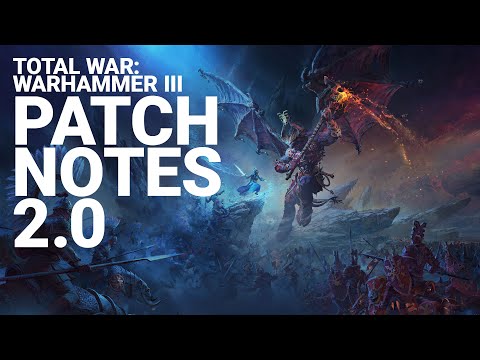 So, now patch notes are presented in youtube videos as well? 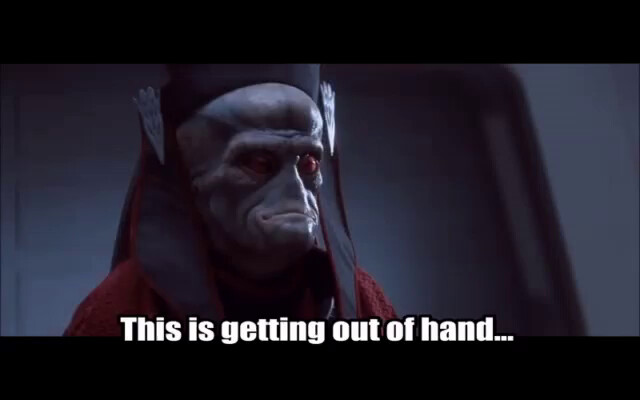 Haven’t they always done a video show casing the features and updates brought by new patches? What a strange thing to get twisted about - they will still have proper notes tomorrow.

This isn’t the same thing as “an announcement to an announcement”, if that’s what you are getting at. They go on to detail all the stuff the new version brings - did you watch the video?

I am sorry - this was my attempt at levity today, which, obviously, failed spectacularely!

I thought the meme template was a giveaway :-)

I am sorry - this was my attempt at levity today, which, obviously, failed spectacularely!

Oh, no worries - I really thought the idea of putting patch notes in a video actually bothered you. I was like…