Apologies for the Roguebook spam (I have no connection to the team). But having now played the alpha, I thought it was worth making a thread for the game as there is a lot to like already.

Roguebook is a deck builder made by the Faeria devs, Abrakam. It’s currently on Kickstarter (the campaign runs until early July):

Roguebook aims to become the ultimate roguelike deckbuilder. Based on the legends of the Faeria universe.

For now, the game is in alpha and the art is made of static placeholders.

That said, you can try the game for about a dollar if you get into one of the E3 special $1 pledges which give you a STEAM key:

In celebration of E3, get the Alpha for 1 EURO TODAY! This discount will end on Sunday, the 16th of June.

Receive access to the Alpha version of Roguebook WITHIN 24 HOURS of making your pledge!

The Alpha version is a very early version of Roguebook that is fully functional, it’s just missing the bells and whistles. You’ll be able to play the game now and, if you like, give us feedback on what you’d like to see improved for the full version.

I tried the game, and there is a lot to like there already.

You start the game by picking 2 heroes. That’s your adventuring party for the run and you will be trying to add complementary cards to both decks.

Any time you play cards for a hero, they move to the front and apply the card effect. Playing cards costs faeria (mana / action points) which will limit how much you are able to do in a single turn. 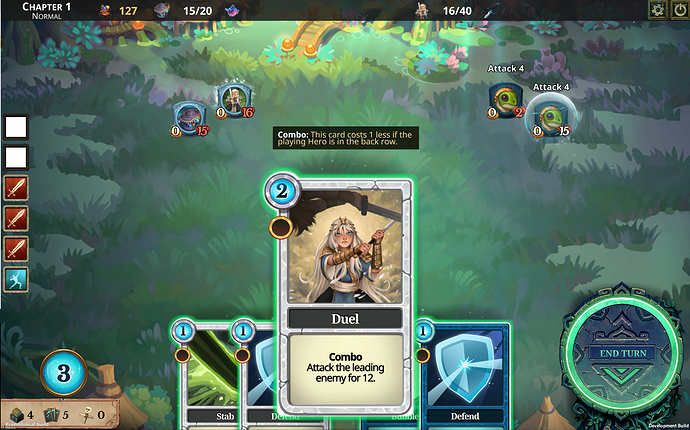 image.jpg1922×1200 873 KB
Not bad for placeholder art. Notice the faeria left to spend this turn at the bottom left, the hero positioning on the battlefield and the card hints explaining what your card does.

And this introduces the nifty “combo” system.

The heroes also come with (sometimes positional) powers. For instance, one of my heroes had the following ability:

So I would also want to try and finish the turn with her in front for a free attack.

The game comes with the usual card drafting at the end of combat, an overland map you explore, gem slotting to improve cards and an equipment system that gives you reusable abilities: 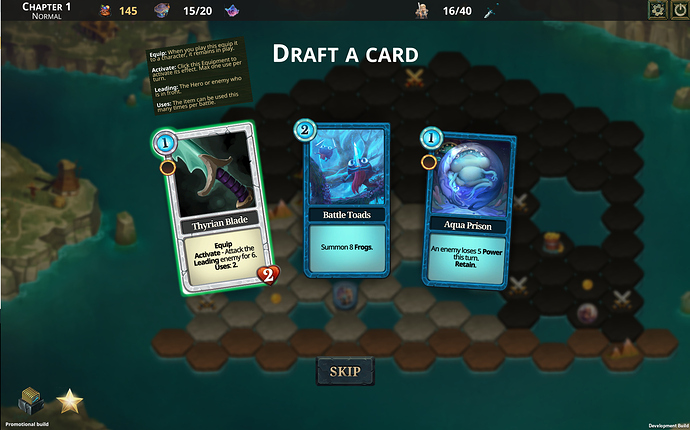 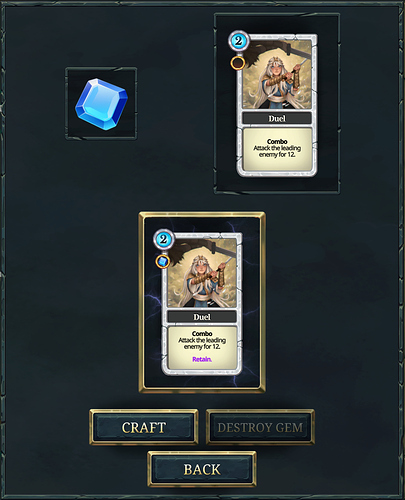 I only had time for a quick game (which I lost on my 3rd fight). But I definitely want to play it more. 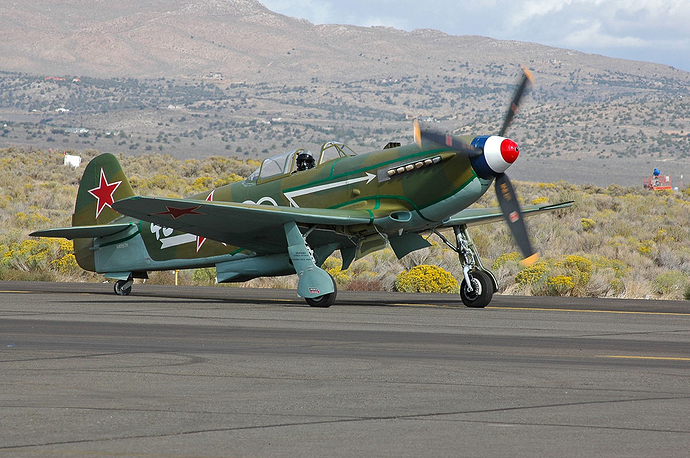 Yaks make everything better. This thing should have yaks.

I can vouch that the game was enjoyable as well. The Faeria devs have a good track record of support as well.

Ha! I had completely forgotten about those kinds of yaks.

I wonder when is the last time I “flew” one? One of the early Microprose simulators maybe?

I’ve been playing the game for a couple of hours today and having quite a bit of fun.

I made it to the end of Chapter 2 before dying to a tough boss battle. It was close though.

A few starter tips from what I’ve learned so far:

I gave them some money when they emailed me about the Kickstarter a few days ago. I’m waiting for 1.0 before downloading though. I’ve had my fill of alphas for a while.

I generally enjoy deck builders even though Slay the Spire doesn’t do much for me. And because Faeria is a solid game I’m expecting as much from this one as well.

I do hope for yaks, though.
Those creatures are adorable, and could sell me anything. One sold me a bridge, once. I still walk across it sometimes.

I pledged 1euro but got notified that I’ll only get the key when it reaches the kickstarter goal. Hmm.

I pledged 1euro but got notified that I’ll only get the key when it reaches the kickstarter goal. Hmm.

Strange. Keys should be sent to you within 24 hours. Mine arrived within the hour.

Did you go for the Alpha E3 limited 1 euro pledge?

In celebration of E3, get the Alpha for 1 EURO TODAY! This discount will end on Sunday, the 16th of June.

Here is one of their replies in the campaign comments:

Will send you a message, sorry for the delay. Normally you should receive your key within 24 hours of making any pledge that contains an Alpha key.

My key was sent as a Kickstarter message (and relayed by email). So worth checking there first.

I’ve made it to the end of chapter 3 now (and lost horribly there). As the deck builds up, it’s worth visiting the merchants to also thin out the starter cards, even though that’s expensive.

The game doesn’t make it easy to fight all the fights, get all the gold and afford everything you want. Good.

That’s what I selected. 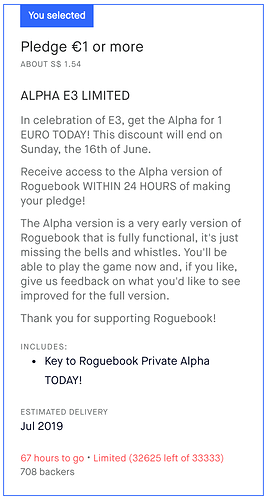 Weird. But by all means send them a message through KS today if it doesn’t come through. They seem good at addressing those glitches.

All is good!
I got my key just now. It probably just took them sometime to get to my record.

EDIT: And the Alpha is available on the MacOS, which is a pleasant surprise!

Nice. If you get past chapter 3, let me know your strategies.

It ends at chapter 3.

Ah. I’m close to beating it on normal difficulty with Sharra and Sorocco then. Just need to draft a bit more tightly.

I’m travelling to a friend’s place on public transport. Loaded it into Microsoft Go tablet. And on the train ride, found out that it needs the Internet to login. Arrrrrg!

Edit: Hotspot may be the solution but it eats up battery.

Okay, so I elected to back it for a little over a dollar. I wish them luck!

Slay the Spire doesn’t do much for me.

This seems… very similar to Slay the Spire. I’ve only played a couple games on the alpha, so maybe I’m missing stuff, and maybe it will change a lot before release. But from what I’m seeing, if you don’t like Slay the Spire, there’s not much chance you would like this.

But from what I’m seeing, if you don’t like Slay the Spire, there’s not much chance you would like this.

As someone who dearly loved Monster Slayers and couldn’t stand Slay the Spire, where does this fall on that spectrum?

You know, I played a lot of Monster Slayers, but that was a while back and I don’t really remember what the differences were. I would say this seems very Slay the Spirey though, so my guess is you wouldn’t like it? What didn’t you like about Slay the Spire?